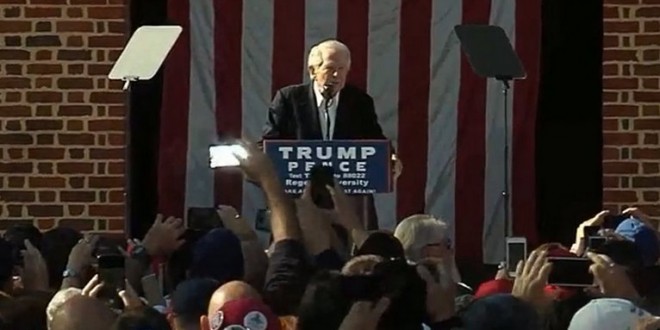 The televangelist recounted meeting Trump for the first time years ago while attending an Evander Holyfield fight. At the time, Trump was facing financial difficulties, but assured Robertson that he would recover … and he did, which prompted Robertson to send a warning to the professional bookies in Las Vegas.

“I want to give a warning to the bookies in Vegas,” Robertson said. “If you bet against Donald Trump, you’re gonna lose your shirt.”

Of course, anyone tempted to place a large bet based on Robertson’s prediction might want to keep in mind that, prior to the 2012 election, he declared that God had personally assured him that Mitt Romney was “absolutely” going to win and would then be elected to a second term.