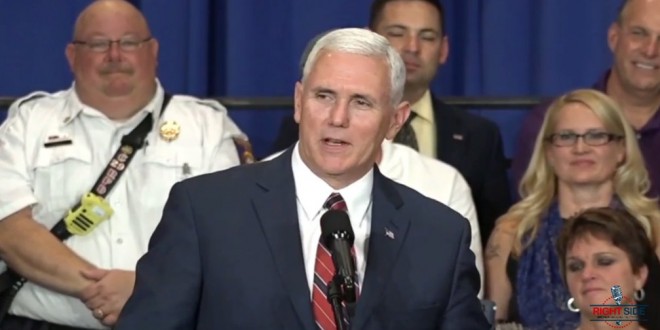 OHIO: Pence Campaign Team Boots Reporters Out Of Restaurant So They Can’t Ask About #Pussygate

Indiana Gov. Mike Pence’s team kicked reporters out of the restaurant where he was eating Friday after a 2005 video emerged of his running mate, Donald Trump, making lewd and explicit remarks about women.

Pence’s traveling press pool — the rotating group of reporters and photographers who are tasked with following the Republican vice presidential candidate for the larger press corps — were “removed” from Tony Packo’s Cafe in Toledo, Ohio, after the first stories about the video hit the internet.

The Pence campaign had promised the pool that it could cover Pence’s departure from the restaurant, which would include Pence “looking at Trump’s signed hot-dog bun.” Removing the press pool is a break with protocol that’s sure to frustrate news organizations, which pay a lot for reporters to follow the candidates each day on the campaign trail.