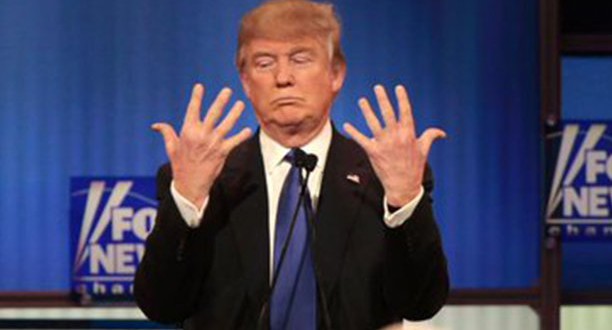 NY Times Bombshell: Trump May Not Have Owed Any Federal Tax For 18 Years Due To Business Failures

Whopper of a scoop from the New York Times:

Donald J. Trump declared a $916 million loss on his 1995 income tax returns, a tax deduction so substantial it could have allowed him to legally avoid paying any federal income taxes for up to 18 years, records obtained by The New York Times show.

The 1995 tax records, never before disclosed, reveal the extraordinary tax benefits that Mr. Trump, the Republican presidential nominee, derived from the financial wreckage he left behind in the early 1990s through mismanagement of three Atlantic City casinos, his ill-fated foray into the airline business and his ill-timed purchase of the Plaza Hotel in Manhattan.

Tax experts hired by The Times to analyze Mr. Trump’s 1995 records said tax rules that are especially advantageous to wealthy filers would have allowed Mr. Trump to use his $916 million loss to cancel out an equivalent amount of taxable income over an 18-year period.

Although Mr. Trump’s taxable income in subsequent years is as yet unknown, a $916 million loss in 1995 would have been large enough to wipe out more than $50 million a year in taxable income over 18 years.

The $916 million loss certainly could have eliminated any federal income taxes Mr. Trump otherwise would have owed on the $50,000 to $100,000 he was paid for each episode of “The Apprentice,” or the roughly $45 million he was paid between 1995 and 2009 when he was chairman or chief executive of the publicly traded company he created to assume ownership of his troubled Atlantic City casinos.

Ordinary investors in the new company, meanwhile, saw the value of their shares plunge to 17 cents from $35.50, while scores of contractors went unpaid for work on Mr. Trump’s casinos and casino bondholders received pennies on the dollar.

UPDATE: The Trump campaign has issued a statement. Breitbart will love this.