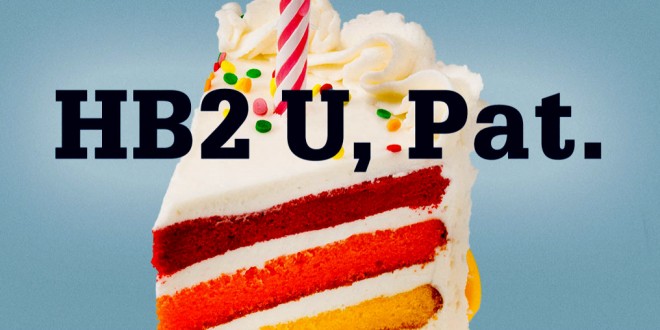 Today, Gov. Pat McCrory celebrates his 60th birthday — but it’s not going to be a pleasant birthday morning. A group called the Writers for a Progressive North Carolina purchased a full page newspaper ad in today’s Raleigh News & Observer with headline “HB2 U, PAT” that showcases a rainbow layer cake and body text that reads, “Governor McCrory, we send you our best wishes today as you celebrate your 60th birthday. But the real celebration will begin November 8th when North Carolina votes to move in a more progressive direction.”

This birthday surprise comes on the heels of Pat telling voters that good friends have shunned him and his wife. Additionally, The Charlotte Observer decided to not endorse Pat McCrory for the first time in 25 years, a move that was picked up by national media outlets like Politico. Charlotte-based ad agency BooneOakley helped to create the campaign. Owner Dave Oakley told me, “We had the idea, but had no clue when Governor McCrory’s birthday was. We googled it and almost fell off of our chairs.”