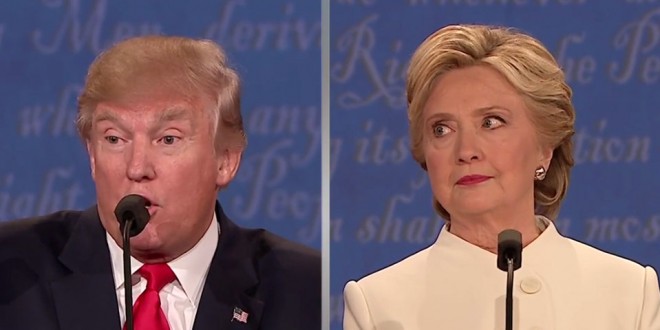 Donald Trump turned, in the third and final presidential debate, from insulting the intelligence of the American voter to insulting American democracy itself. He falsely insisted there were “millions of people” registered to participate in the election who did not have the right to vote and declared he would not commit to honoring the outcome.

Hillary Clinton was clearly shocked that he was attacking the very foundation of the republic, the American tradition of peacefully transferring power. “That’s horrifying,” she said, rightly. At one point, Mr. Trump even said, outrageously, “She shouldn’t be allowed to run.”

The presidential debate was another exercise in narcissism, bombast and mendacity by Mr. Trump. One could only hope that this might be the last grand display of his gross unfitness to be president. Mr. Trump’s meltdown in the closing weeks could be dismissed as a sore loser’s bizarre attempt at rationalizing his likely defeat. But his trashing of the democratic process, in service of his own ego, risks lasting damage to the country, and politicians of both parties should recoil from him and his cynical example.

Previous Hillary Wins Breitbart Debate Poll
Next Mike Pence On Trump’s Rejection Of Democracy: If The Vote Is Fair, I’m Confident That We’ll Accept It [VIDEO]