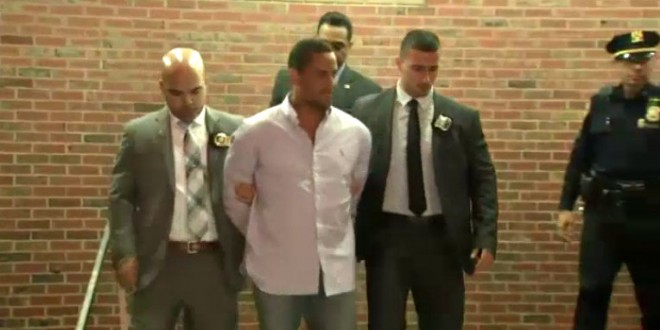 Jon Girodes, the Republican State Senate candidate who recently came under fire for planning to donate Kool Aid, KFC, and watermelons to his prospective East Harlem constituents, was arrested on Friday for allegedly ripping off 10 people in a Craigslist rent scam.

According to the Post, Girodes listed his luxury apartment at 635 W. 42nd for just $1,000 a month and “rented” it out to victims who would give him up to a year’s rent in cash. An NYPD spokesperson told Gothamist that Girodes had 10 different arrest numbers and was charged with both grand larceny and criminal impersonation.

“It’s the same apartment every single time, the same sort of lease structure. It’s very obvious that there’s no intent to ever rent out this apartment,” Pierre Gooding, the attorney representing 10 of Girodes’s alleged victims told NBC New York.

“The scam is simple: he posts on Craigslist under his name or assumed name saying he’s posting an apartment that’s affordable because that’s his initiative as a public officer,” Gooding said. “The person comes over, he shows them the amenities, wines them and dines them and takes their money. And then he comes up with various reasons why he won’t return that money.”

The NYPD says there may be dozens more victims. The video below shows Girodes being interviewed as he gets perp-walked.

Previous FLORIDA: Trump Accuser Says She Plans To Flee The Country Because She Fears Reprisals From His Fans
Next WATERGATE 2016: Clinton Campaign Accuses Donald Trump Of Colluding With Russia To Hack Their Emails