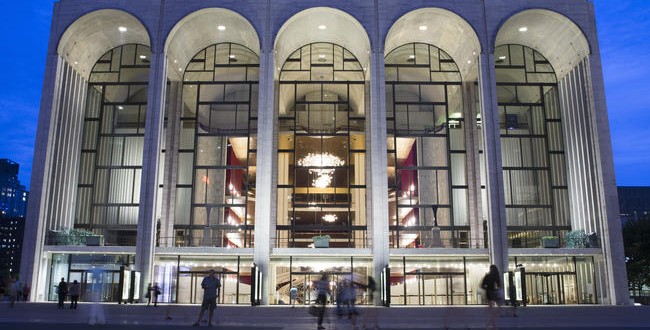 The suspicious substance that led to last night’s evacuation of the Metropolitan Opera House may have been a man’s ashes, police said yesterday. Saturday afternoon around 4:30 p.m., members of the Met’s orchestra noticed a man in a suit who began sprinkling a powdery substance in the orchestra pit during the second intermission of “Guillaume Tell.” Shortly afterwards, an announcement was made that there would be a delay , attendee Micaela Baranello told the Times. During the lengthy intermission, security guards began to stand near the pit. The Met canceled the remainder of the performance before evacuating the building altogether. After the evacuation was announced, some patrons began booing and shouting for their money back. According to the Daily News, a later show—”L’Italiana in Algeri”—was also canceled.

Roger Kaiser scattered his friend’s ashes in the opera house, police sources said. Investigators raced to identify the suspicious powder. The opera buff, who investigators say appears to be a Texas native, posted a photo of himself with a red apple on his head, an homage to William Tell, on social media platforms expressing his eagerness for the show. Police originally said the powder-tossing man fled the theater — but cops said late Saturday that he may have simply walked off after the dramatic final tribute to his friend. “I don’t think he had any reason to believe what he did was wrong,” Miller said. An investigation found that the powder was likely human ashes scattered into the pit by an out-of-towner honoring his opera-loving mentor, NYPD Deputy Commissioner for Intelligence and Counterterrorism John Miller told reporters.

Kaiser was reportedly “paying tribute to his opera-loving mentor.” Whoever that was.