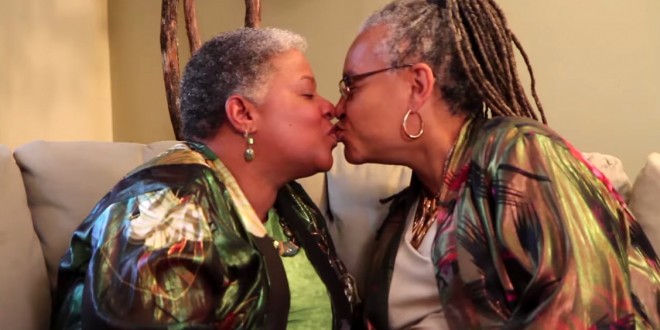 Just in from the Human Rights Campaign:

“Time and again Hillary Clinton has demonstrated through her words and actions that she is committed to fighting for full LGBTQ equality,” said HRC President Chad Griffin. “All of the progress we’ve achieved is at stake in this election. While Donald Trump continues his hate-filled campaign and threatens to drag us backwards, Hillary Clinton will fight to break down the walls of discrimination that still hold us back. It’s crucially important that pro-equality Americans turn out and vote for Hillary Clinton as the next President of the United States.”

In the video, Hillary says, “We need to build an America where no one has to worry that they can get married on Saturday and be fired on Monday; where kids aren’t bullied just because of who they are; and where every American has the chance to live up to his or her God-given potential, no matter who they are or who they love.”

Previous Carl Bernstein On CNN: Trump Is Setting Himself Up As The Head Of A Neo-Fascist Media Empire [VIDEO]
Next REVENGE IS SWEET: Breitbart Wails That Hillary’s Foreign Troll Army Ruined Their Post-Debate Click-Poll