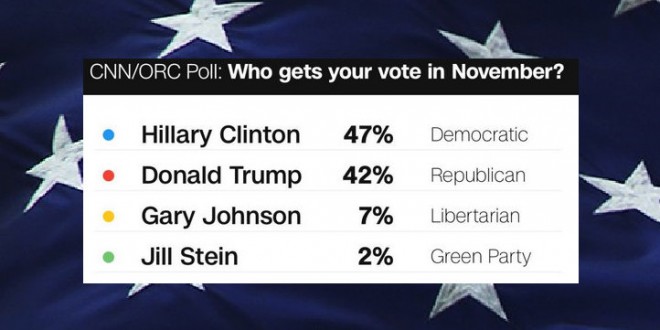 This is the second major poll showing a nice bounce for Hillary today. The Hill reports:

Pollsters also found Clinton’s lead grows when voters were asked to imagine her and Trump as the only candidates listed on their state’s ballot. Fifty-one percent back Clinton in that scenario, while 45 percent said Trump and 3 percent picked neither. One percent answered “other.”