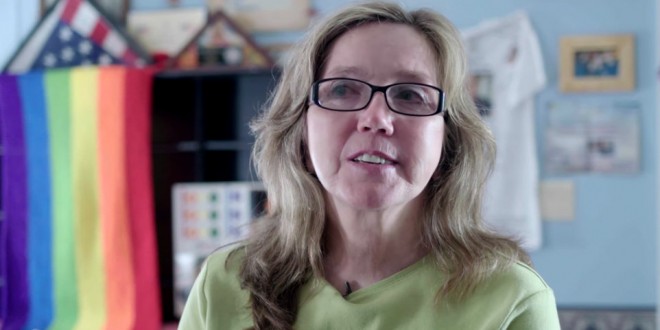 Mother Of Pulse Victim Stars In Pro-Hillary Ad: If You Love Somebody Gay, You Can’t Vote Trump [VIDEO]

A mother who lost her son in the Orlando Pulse massacre has spoken out ahead of the Presidential election. Christopher Leinonen died in the horrific attack in June, when a gunman opened fire in the Pulse gay club, killing 49 people and injuring 53.

HRC President Chad Griffin said: “This heartbreaking plea from Christopher’s mother is a sobering reminder of the responsibility we have to the 49 LGBTQ people and allies who lost their lives in Orlando that tragic night at the Pulse nightclub.”

Previous Pat Robertson: Unreal Enthusiasm For Trump Proves That The Polls Are Rigged Against Him [VIDEO]
Next Quinnipiac Poll: Hillary Tied In Iowa And Georgia