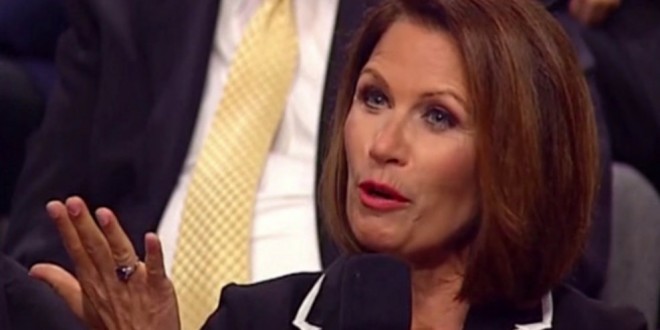 Michele Bachmann: All Christians Must Rally Behind Donald Trump In Order To Glorify A Holy God [VIDEO]

On recent episodes of his “Life Today” program, televangelist James Robison has been airing portions of a gathering that he hosted featuring dozens of Religious Right pastors and activists urging conservative Christians to vote in the upcoming election.

Robison has addressed Donald Trump campaign events in the past and has vocally supported the GOP presidential nominee, so it was not much of a secret that the program was meant to rally support for Trump.

On today’s episode, former Rep. Michele Bachmann, who, like Robison, is a member of Trump’s spiritual advisory board, declared that Christians are “the largest voting bloc in the United States,” which means that this election “is in our hands.” As such, conservative Christians must rally to elect leaders who reflect “biblical moral values” because “we won’t have necessarily this option four years from now.”

“We’ve got to get our act together fast and in a way that is going to glorify a holy God,” Bachmann said. “It is a holy God that we obey and when we obey Him, we receive His blessing in our land, and let’s embrace that now.”