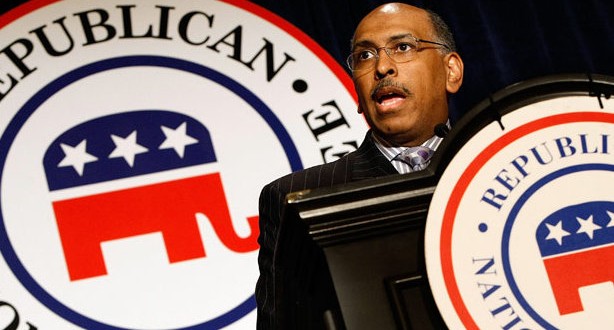 Former Republican National Committee chairman Michael Steele just can’t stomach voting for either major-party presidential candidate. “I was damn near puking during the debates,” Steele said Thursday at a dinner in San Francisco in honor of the 40th anniversary of Mother Jones.

Steele, who led the RNC from 2009 to 2011 as the first black GOP chairman, said he won’t be casting a ballot for his party’s nominee Donald Trump, and he won’t vote for Democrat Hillary Clinton either.

He cannot support Trump because he has “captured that racist underbelly, that frustration, that angry underbelly of American life and gave voice to that,” Steele said. He also argued that Trump only represents about 30 percent of the Republican Party.