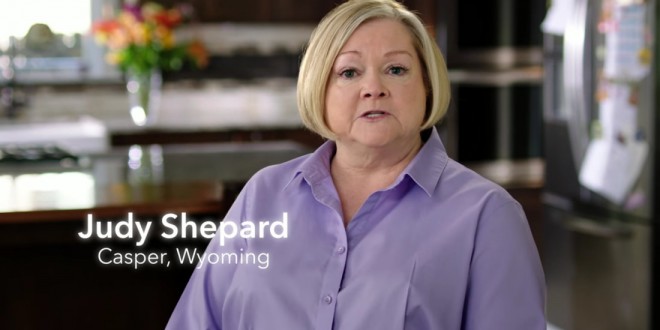 The mother of Matthew Shepard ― a gay student who was brutally attacked and left to die in a 1998 hate crime in Laramie, Wyoming ― is warning voters about Republican presidential nominee Donald Trump’s bullying.

In an ad released by the pro-Hillary Clinton super PAC Priorities USA, Judy Shepard speaks about Trump’s violent rhetoric on the campaign trail. “I’ve seen what can happen as the result of hate,” Shepard says in the video, released weeks after the 18th anniversary of her son’s death.

“In the aftermath of Matt’s death, my family saw the best of America in the love and support we were shown,” she continues. “So when I see the hate that Donald Trump has brought to his campaign for president, it terrifies me.”