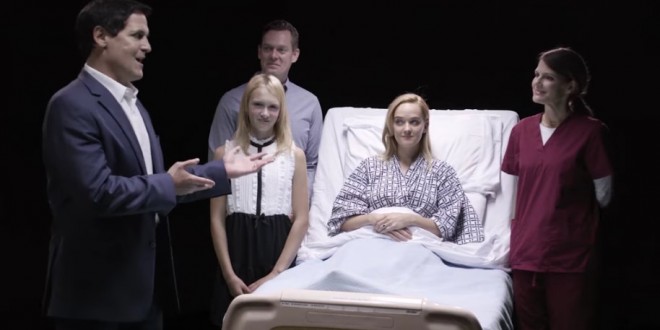 “The only thing worse than Trump being elected is you being conscious after he’s elected,” businessman Mark Cuban jokes in a new Funny or Die video. In the video, the billionaire Hillary Clinton supporter invents the satirical “Trump coma” as a solution “if the thought of living through a Trump presidency sounds like a hideous nightmare to you.”

“Let us build a beautiful wall around you,” he says. “As soon as Hillary begins her concession speech, our team of professionals will be ready to receive you.” Cuban says the coma time can be increased to eight years if Trump gets re-elected, and indefinitely until “democracy returns” if Trump dissolves Congress.