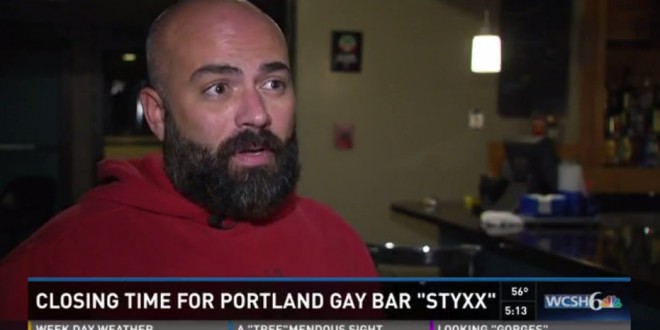 The only gay nightclub in Portland is closing. The owner calls it a bittersweet sign of the times. “We don’t have the crowd we used to,” said Joshua Moody, who has owned Styxx for 12 years.

It’s in line with a nationwide trend: as more members of the gay community branch out and feel welcomed and accepted in all kinds of bars and clubs, the traditional places lose business. “We never really got the younger gay generation that needs the gay club as much as the older one did,” said Moody.

Styxx will close in January after decades in downtown Portland. Longtime gay bars in New York, San Francisco, and Los Angeles have been closing. Burlington, Vermont, hasn’t had a gay bar since 2006, when Pearl’s closed. “I think there are other ways people are finding community,” said Matt Moonen, executive director of Equality Maine.

When I visited Portland in 2006, I think they had three gay bars.