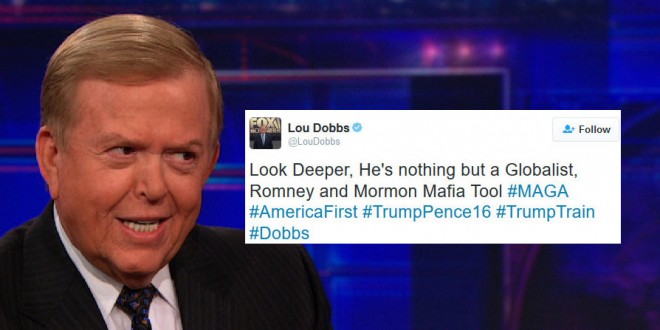 Look deeper? Lou. Buddy. That is not deep. As per our expectation from you. And the MAGA, Trump Train, hashtag word vomit didn’t help either. Unless by help you mean “made this look even more paranoid and hysterical.” People who live off ratings are sure sinking as far to the bottom as they can as fast as they can this year in their unhinged “advocacy’ of Donald Trump. I wonder why. What market are they trying to appeal to? Is there some kind of rabid, foul, sick group of awful, hate-filled lunatics out there foaming at the mouth, and spouting conspiracy theories and racial slurs? Is that a thing? Oh. Right. Mormon mafia. Seriously. I mean seriously. That’s as bad as Hillary’s Donald Duck army. What is wrong with you people??

Nice charity you have there. Shame if we donated to it. #MormonMafia

"You're gonna get on that bicycle, go door-to-door and give out pamphlets…and you're gonna like it." #MormonMafia pic.twitter.com/ELGNx3RCK8