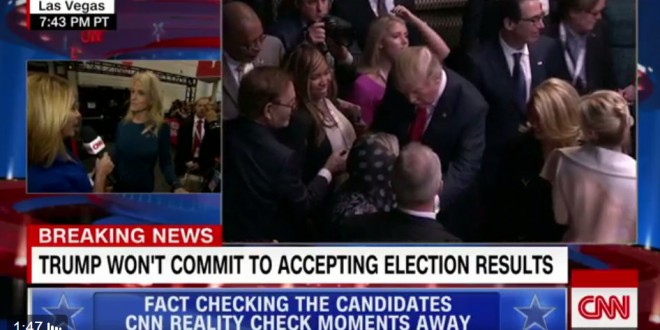 When CNN’s Dana Bash asked Kellyanne Conway about Trump having just contradicted everything she’s been saying all week, she literally responded, “I’m not disappointed in a thing. Donald Trump will accept the results of the election because he’s going to WIN the election.” Conway then blathered about Al Gore for a minute before walking off mid-interview. Watch below.

Previous Donald Trump Refuses To Say If He’ll Accept The Results Of The Election: I Will Keep You In Suspense [VIDEO]
Next Open Thread Thursday