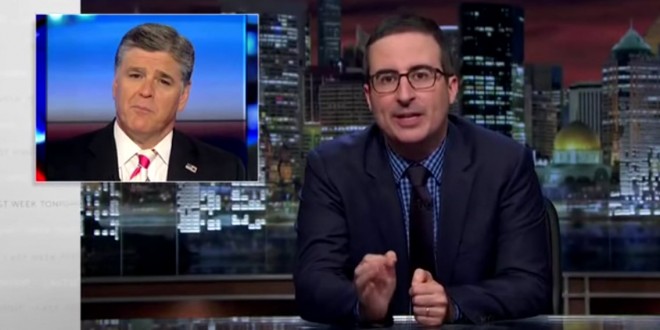 One of the subjects of Oliver’s takedown was Trump’s good pal Sean Hannity, who at this point is operating less like a TV show host and more like a BFF of Trump’s who happens to be on TV. Hannity this week propelled the myth of the user-generated polls — which allegedly indicate that Trump “won” last Monday’s debate — enraging Oliver.

“Do you though? Do you?” asked the Last Week Tonight host incredulously. “I’m not sure you do. In fact, I’m not even sure you hear what your own company is saying.” Oliver revealed that even Fox News had to issue its own point of clarification to its employees, citing the fact that these “polls… do not meet our editorial standards.”

It was a point of interest for Oliver, who was under the impression that the only Fox News editorial standards up until that point were “Women should be 8s and above” and “Try and not use the N-word.”

The full clip of the segment is at the link above.