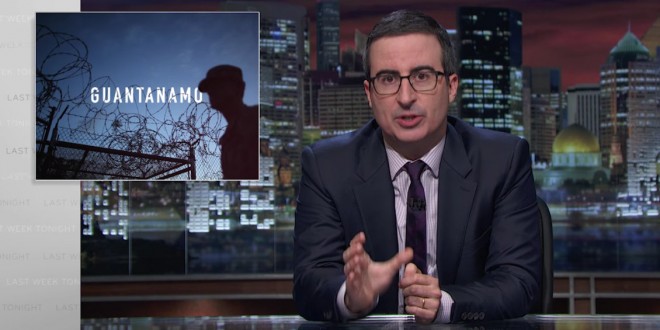 On Sunday’s Last Week Tonight, Oliver called the fact that Gitmo is still open one of Obama’s “inarguable failures.” A poll found that 52 percent of Americans think it should remain open, and while he sees the appeal — “potentially dangerous people are locked up and far away” — there are more reasons to shut it down. First, it’s very expensive — in 2015, it cost $445 million to keep it operating, or $7 million per person. It’s also giving countries like Sudan, Iran, and Libya reasons to call the U.S. out for rights violations.

After explaining the history of Guantanamo and how the U.S. still sends a measly rent check to Cuba every year, Oliver launched into details about the detainees. Leaked documents have shown that of the 710 prisoners released, most were not the “worst of the worst,” like some politicians like to say.

Almost half were found to be entirely innocent, Taliban conscripts, or transferred for no reason listed on their file, and some were incarcerated because they had a certain type of Casio watch that was known to be used by al Qaeda members as timers. There are just 61 detainees still at Guantanamo, with 31 in a difficult group — they haven’t been charged with a crime but are also not cleared to be released.