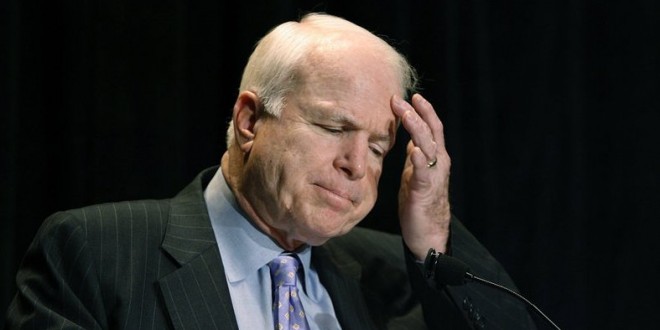 John McCain: The Republican Party Will Be United Against Any SCOTUS Nomination Made By Hillary

Sen. John McCain (R-AZ) suggested Monday that the Republican party’s months-long refusal to fill a vacant seat on the Supreme Court would extend into the next administration if Hillary Clinton is elected president.

“I promise you that we will be united against any Supreme Court nominee that Hillary Clinton, if she were president, would put up,” McCain said on WPHT Philadelphia radio in an interview first flagged by CNN. “I promise you. This is where we need the majority.”

The nation’s highest court has been stuck in a four-four deadlock of liberal and conservative justices since Antonin Scalia died in February. Senate Republicans have maintained that the next president should have the opportunity to select his replacement and have refused to vote on President Barack Obama’s nominee, moderate judge Merrick Garland.