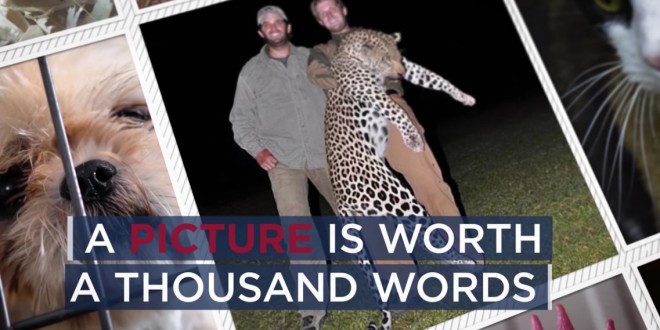 The Humane Society has endorsed Hillary and launched an attack ad against Trump. They write:

In our view, Trump represents the greatest threat ever to federal policy-making and implementation of animal protection laws, and we are taking the unusual step of wading actively into a presidential campaign. HSLF has members who are Democrats, Republicans, and Independents, and supports lawmakers and candidates from all over the political spectrum. We evaluate candidates based on a single, non-partisan criterion—their support for animal protection—and do not default to one party or the other.

The next president will have an enormous impact over animal protection in this country for the next four to eight years, and the stakes are high with policy decisions overseen by the U.S. Department of Agriculture, U.S. Fish and Wildlife Service, National Park Service, Bureau of Land Management, National Institutes of Health, and other executive agencies.

When you consider the potential for advancing animal welfare reforms at the federal level, or rolling back the recent gains and rulemaking actions, there could not be a greater contrast among the White House hopefuls. One ticket has a clear, compelling record of support for animal protection, while the other has assembled a team of advisors and financial supporters tied in with trophy hunting, puppy mills, factory farming, horse slaughter, and other abusive industries.

The names that Trump’s campaign has floated for engagement on Interior and Agriculture department issues are a “who’s who” of zealous anti-animal welfare activists. Troublingly, Donald Jr. has even been floated as a possible Interior Secretary. Both sons at the very least would be Trump’s top advisors and strategists on trophy hunting issues.

The risk of having a globe-trotting trophy hunter at or near the helm at Interior, or having the ear of the President, should be a terrifying prospect for any animal advocate. The administration is responsible not only for policies involving hundreds of millions of acres of federal lands, but also wildlife law enforcement, international treaties on trade and conservation, and import policies for wild animal parts and trophies.

Previous IT’S COME TO THIS: Sad Ted Cruz Works Phones For Man Who Accused His Father Of Killing JFK [VIDEO]
Next Alex Jones: Vote Donald Trump If You Want To Live Because Hillary Is Possessed By The Devil [VIDEO]