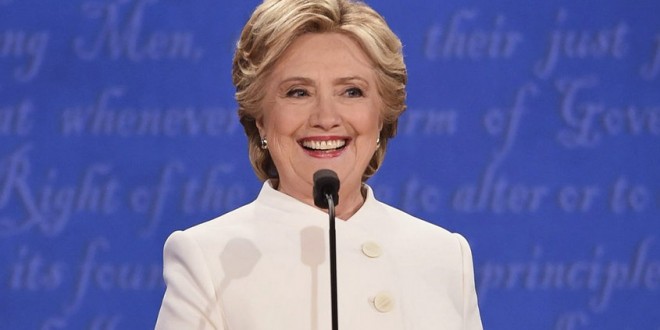 At this writing Hillary Clinton remains in the lead in Breitbart‘s debate poll, much to the anguish of the site’s readers, most of whom are screaming “rigged!” There’s little doubt that Breitbart was targeted by trolls using the same tactics and bots that Trump supporters have used to freep previous polls on mainstream media sites. Meanwhile Hillary actually did win last night’s legit CNN/ORC poll, topping Trump by 13 points. Over on the Drudge Report, Trump won by 71 points. Heh.