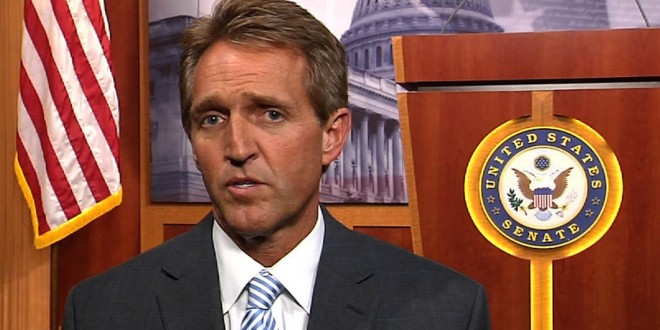 Arizona Republican Sen. Jeff Flake has maintained for months that Republicans should take up Merrick Garland’s Supreme Court nomination if it looks like the presidential contest is a lost cause for the GOP. It’s looking about that time, Flake said in an interview on Thursday.

“I said if we were in a position like we were in in ’96 and we pretty much knew the outcome that we ought to move forward. But I think we passed that awhile ago,” Flake said. “If Hillary Clinton is president-elect then we should move forward with hearings in the lame duck. That’s what I’m encouraging my colleagues to do.”

The political calculus is straightforward: Better to deal with Garland now and avoid swallowing a more liberal nominee from Hillary Clinton. Flake, a member of the Senate Judiciary Committee, would not explicitly say that he expects Clinton will win. But he all but admitted that Donald Trump — whom Flake opposes — is toast.

John McCain has vowed that the Senate will block ANY nominee put forward by Hillary.