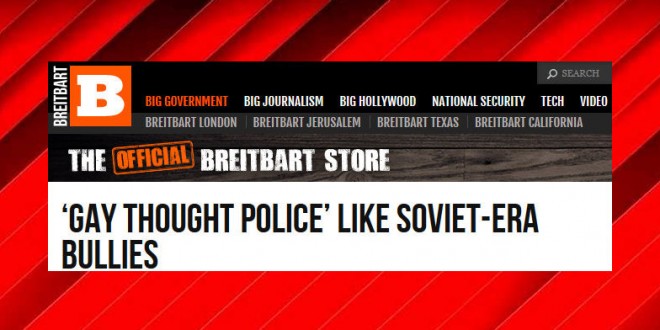 I have been very clear in my opposition to Trump, whose candidacy and views on most issues are an utter disgrace. I’ve stopped speaking with some people I know, and blocked many others on social media, because they support a man who is diametrically opposed to nearly everything in which I believe.

On the other hand, although I’m a gay man with liberal views on social issues such as marriage equality, I’m staunchly conservative on other subjects, ranging from economics to foreign policy. So I’ve gotten grief from all sides.

In my opinion, there is a rational way to express political disagreement with someone, and there is the mindless, kneejerk, politically correct-taken-to-the-extreme, bullying way to do so. One critic of the gay Ohio couple wrote “How do they rectify their support for Trump with his statements that he would nominate judges to the Supreme Court who would overturn marriage equality?” That’s the start of a reasonable discussion.

But most of the comments have included words such as “idiots,” “twats,” and “dumbasses.” It all reminds me of my first 23 years in the Soviet Union, where I was often bullied by cruel homophobic teenagers and teachers. And on a daily basis, so-called “traitors” who did not support Russian government policies were denounced and ostracized by the larger community.

RELATED: Six years ago I reported on Lucas attending GOProud’s Homocon 2010 event, where he got into an argument with Ann Coulter over whether homosexuality is “chosen,” much to the anger of GOProud founder Chris Barron. Lucas was apparently so thrilled with my post, his publicist offered to send me a collection of the company’s DVDs. I declined.