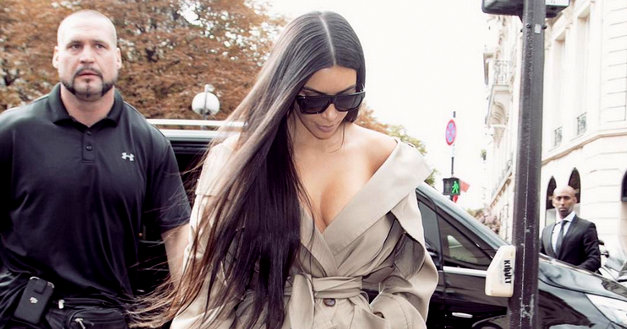 Kim Kardashian West was held at gunpoint and robbed in Paris by men dressed as police officers in her private apartment, French officials said. A spokesperson for Kardashian West said the celebrity was “badly shaken but physically unharmed” following the incident, which took place early Monday morning local time.

The French Interior Ministry said five men threatened the concierge with a weapon, handcuffed him and forced him to open the private apartment. Two of the men were able to gain entry to her room, according to the Paris Prosecutor’s office.

Kardashian West was overseas for Paris Fashion Week along with her mother, Kris Jenner, and sisters, Kourtney Kardashian and Kendall Jenner. She was staying at a private mansion in Paris, according to CNN affiliate BFM TV.

Following the robbery, her rapper husband, Kanye West, bolted from a sold-out concert he was headlining in Queens citing a “family emergency.” Witnesses said the “Famous” artist was abruptly pulled aside by an assistant while performing his 2008 hit “Heartless.” He then stopped the music, dropped the microphone and ran off stage during the Meadows Festival.

“I’m sorry. Family emergency. I have to stop the show,” West said. The disappointed fans, who dropped anywhere from $140 to $260 to attend the Meadows Festival, were then forced to leave early. “Dude just ran on stage and grabbed Kanye and he said, ‘Sorry guys, family emergency I have to leave the show’ and just ran off the stage,” Twitter user Joe Berg said.