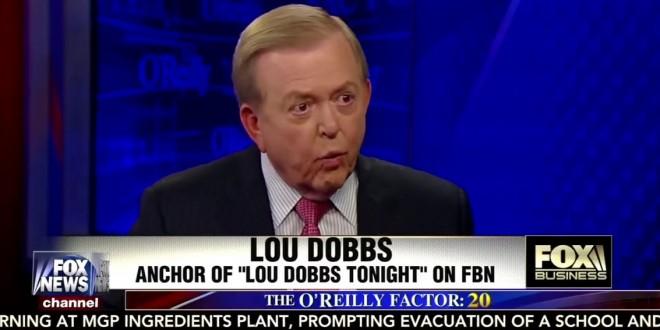 Lou Dobbs, one of Donald Trump‘s biggest supporters on Fox News, argued tonight that Trump’s refusal to say he whether would accept the election results at the debate was a “stroke of genius.”

No, seriously. He told Bill O’Reilly it was “one of the brightest things he could have done” because it got the media talking about ways the election could be rigged.

O’Reilly told Dobbs Trump almost won the debate until that remark ruined the whole night for him. Dobbs said that “there’s an insistence on an accounting” now because of Trump’s remarks.

Previous Trump Tells The Truth: “I Like To Deny Things”
Next New Trump Hotels To Dump Trump Name