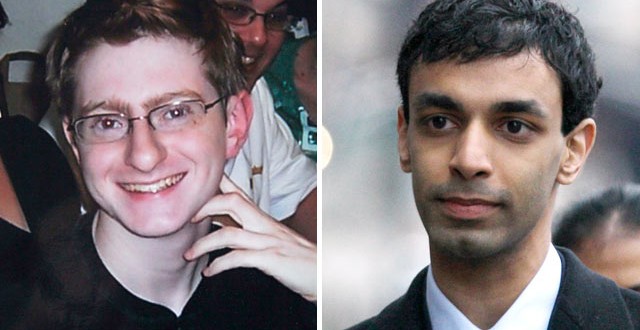 A former Rutgers University student whose roommate killed himself after being secretly recorded on a web camera kissing another man pleaded guilty Thursday to attempted invasion of privacy. Dharun Ravi’s plea comes after a New Jersey appeals court last month threw out a 15-count conviction against him and ordered a new trial on other counts.

The case stemmed from the 2010 death of 18-year-old Tyler Clementi, a freshman in his first weeks at Rutgers when he jumped off the George Washington Bridge into the Hudson River. Clementi’s death and the criminal case against Ravi started a national conversation about cyberbullying and homophobia. Clementi’s parents formed a foundation to address bullying and lesbian, gay, bisexual and transgender issues.

Ravi was sentenced Thursday to probation plus 30 days in jail, and won’t serve any additional time under the plea agreement. His original conviction resulted in a 30-day jail sentence, although he could have gotten up to 10 years in prison. Afterward, his lawyer Steven Altman told reporters outside the courtroom that Ravi “just wants to disappear.” Ravi, who now works in IT in New York City, said he felt relieved the case is over, NJ.com reported.