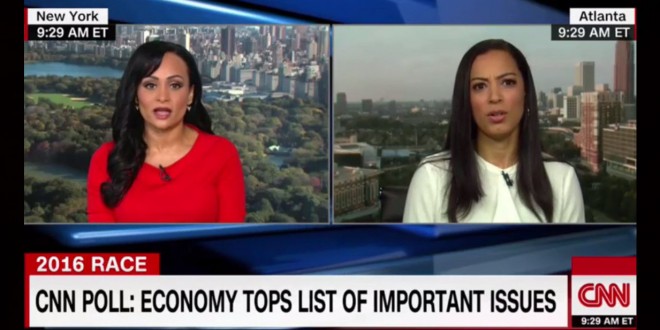 Former Congressional Black Caucus Director Blows Up At Trump Spox: I Could SUE You, Katrina! [VIDEO]

Former executive director of the Congressional Black Caucus and CNN contributor Angela Rye got INTO it with Trump spox Katrina Pierson this morning, as the latter full on accused Rye of driving the CBC “into the ground.” What followed was a volley of back and forth accusations about truth distortion and outright lying. Pierson, arguably the most visible representative for the Trump campaign, said “I’m tired of coming on CNN and having Mr. Trump’s policies lied about constantly,” before turning her attention directly at Rye.

“I ran the CBC into the ground?!” asked Rye incredulously. “Absolutely,” replied the unflappable Pierson. As the two of them continued to spar, the CNN production staff cut from a 4-way split screen to just focusing on the duel that was fast taking shape, showing only Pierson and Rye duking it out. “The truth burns,” Rye asserted at one point to Pierson. “Good luck with that lie as well,” she said in reference to one of Pierson’s attacks. “That’s slander! I could sue you, Katrina!” she continued as the segment came to a close.