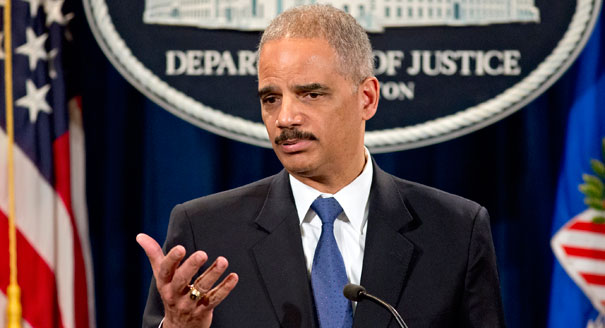 From an op-ed published last night by the Washington Post:

I began my career in the Justice Department’s Public Integrity Section 40 years ago, investigating cases of official corruption. In the years since, I have seen America’s justice system firsthand from nearly every angle — as a prosecutor, judge, attorney in private practice, and attorney general of the United States. I understand the gravity of the work our Justice Department performs every day to defend the security of our nation, protect the American people, uphold the rule of law and be fair.

That is why I am deeply concerned about FBI Director James B. Comey’s decision to write a vague letter to Congress about emails potentially connected to a matter of public, and political, interest. That decision was incorrect. It violated long-standing Justice Department policies and tradition. And it ran counter to guidance that I put in place four years ago laying out the proper way to conduct investigations during an election season. That guidance, which reinforced established policy, is still in effect and applies to the entire Justice Department — including the FBI.

That’s just the beginning. Hit the link for the rest.