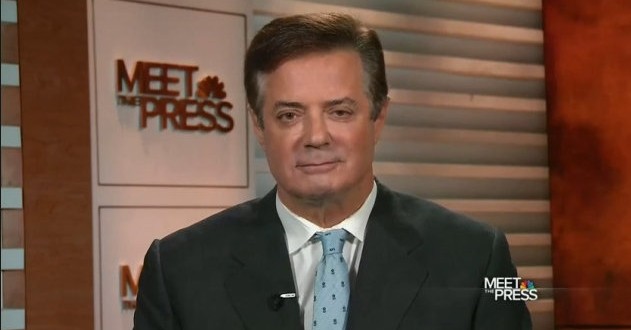 The FBI did not comment. Manafort told NBC News “none of it is true … There’s no investigation going on by the FBI that I’m aware of.” He said he had never had ties to Russian president Vladimir Putin, or had dealings with Putin and his government. He said any suggestion of such ties was “Democratic propaganda.” “This is all political propaganda, meant to deflect,” he said.

NBC News reported in August that Manafort was a key player in multi-million-dollar business propositions with Russian and Ukrainian oligarchs — one of them a close Putin ally with alleged ties to organized crime — which foreign policy experts said raised questions about the pro-Russian bent of the Trump candidacy.

Previous Trump: Hillary Is A Terrible Example For My Son (Unlike Pussy-Grabbing And Perving On Underage Girls)
Next SLATE: Trump Has Secret Server Connected To Russia