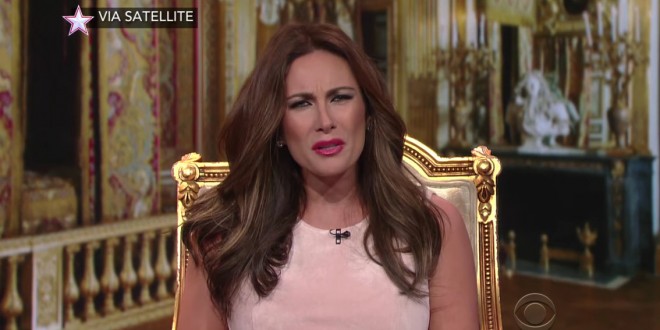 On “The Late Show,” Colbert riffed on Melania Trump’s interviews with Cooper and Fox News before welcoming her “via satellite.” Enter Benanti, who alternated between pursing her lips and giving smoldering glances to the camera as she defended Trump’s comments in an Eastern European accent. “I said to my husband that these comments are very inappropriate,” she said. “Plus, he said them on a bus. Disgusting.”