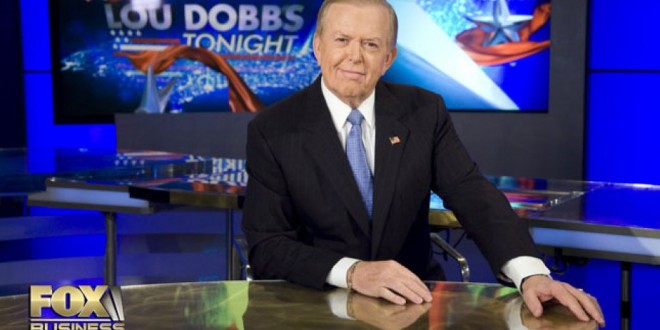 Fox Business host Lou Dobbs on Thursday posted the purported phone number and address belonging to one of the women who has accused Donald Trump of unwanted sexual contact.

Dobbs, a fierce Trump supporter, retweeted an individual who had posted the purported information of Jessica Leeds. The 74-year-old woman alleged on Wednesday that decades ago Trump groped her on a first-class flight.

“This is the Dirtiest Campaign in our History,” Dobbs wrote, using the hashtags “#MAGA,” “#TrumpPence16,” and “AmericaFirst.” The Twitter Terms of Service prohibit individuals from posting “other people’s private and confidential information” such as home addresses.

Neither a spokesperson for Fox Business nor Twitter immediately responded to a request for comment. The purported personal information was posted to falsely claim that Leeds had the same phone number as one listed for the Clinton Foundation.

This is the Dirtiest Campaign in our History: #MAGA #TrumpPence16 #AmericaFirst https://t.co/5pPUrgfM0P

Previous Nobody Wants To Stay At Trump’s New DC Hotel
Next Michelle Obama Eviscerates Trump In Rousing Speech: This Is Not How Any President Should Behave [VIDEO]