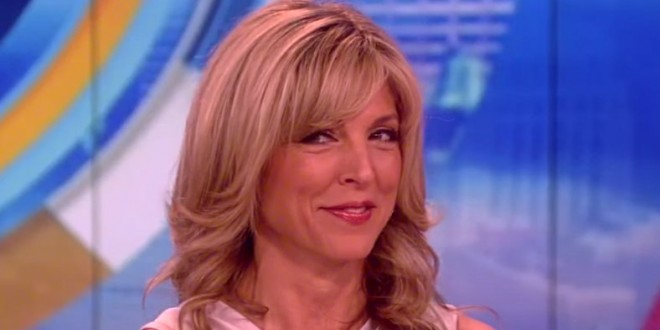 Several major sites are connecting the dots. Via Medium:

Outside of Mr. Trump, Ms. Maples would be the only other person that could legally provide the tax returns to an outside party. Both the New York Department of Taxation and the Connecticut Department of Revenue allow taxpayers, who have filed a joint return, to authorize the release of the returns to an outside party. They don’t require both filers to authorize the release, the forms provided by both states only require one of the tax-payers signatures. So if Ms. Maples were caught leaking these returns, she would not face criminal charges for doing so.

It’s also unlikely that she would be violating her confidentiality agreement with Mr. Trump by leaking these returns. I spoke to two lawyers that specialize in family law and both told me that they have never seen a restriction around tax returns in a prenup or settlement agreement. They have seen such restrictions when it comes to financial statements, investment records but it would be hard for Mr. Trump to demand that Ms. Maples own tax information be kept private. If Ms. Maples did indeed leak these returns, it would also absolve the Times of any criminal or civil penalties.

Despite the fact that the Trump campaign said that the Times is “an extension of the Clinton campaign”, they’re not (after all they broke the email server story in March of 2015). The Times had these returns for ten days and took their reporting on these returns seriously — even going so far as hiring tax experts to analyze the returns. They sought a comment from the Trump campaign, they spoke to the accountant who prepared and signed the returns.

So it would be highly unusual for them to not contact Ms. Maples about the tax returns given that her name is on all of the returns and her signature is on the New Jersey return. Yet the Times, in their story, does not indicate that they contacted Ms. Maples. Even if she didn’t return their calls or emails, they would still indicate that they reached out to her and had not heard back.

From the New York Magazine:

Many assume that the leaker held off sending Trump’s tax return so it would act as the proverbial “October surprise” (the Times story was first published on Saturday night, October 1), but could there be more to the timing? Maples was suddenly back in the news last week because her ex-husband decided to remind the public that Bill Clinton cheated on Hillary Clinton — which in turn reminded everyone that Trump cheated on his first wife, Ivana, with Maples.

Maples has not publicly disparaged Trump in recent years, but she came very close in the past week. The native of Georgia, who was raised a strict Baptist, very sweetly threw some shade his way in a Times profile of their 22-year-old daughter, Tiffany, published on Saturday morning. After their divorce, Maples took her daughter to the West Coast, or as she put it, “I had the blessing of raising her pretty much on my own.” From Tiffany’s remarks about long-distance phone calls with her dad and saving report cards that he scribbled on, it appears that they have not had a very close relationship.