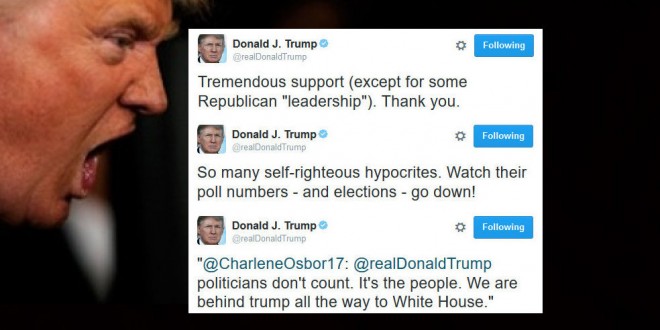 This morning, Donald Trump got straight to tweeting at 9:01 a.m. and he took aim at the shocking amount of Republicans who have unendorsed or condemned him following the leak of a lewd conversation he had in 2005. MSNBC was in the middle of doing a roundup of the last two days when the tweet came, so Hallie Jackson incorporated it into the review, which had already included a few Trump tweets. She pointed out that the issue is more serious than Trump makes it seem because about 40 Republicans have now come out against the nominee.