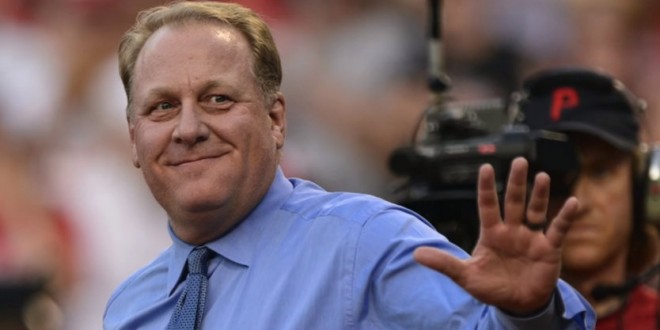 Curt Schilling, who pitched for parts of 20 seasons in the major leagues and won 216 career games, has announced his intention to run for U.S. Senate against Democrat Elizabeth Warren in Massachusetts.

Schilling, 49, self-identifies as a conservative, and has established himself as a controversial political gadfly since retiring from baseball in 2007. Schilling previously said he would run for president in 2020 or 2024.

As for Warren, 67, she’s in her first term in the Senate. In 2012, she defeated Scott Brown with 53.7 percent of the vote and in doing so became the first woman from Massachusetts to serve in the U.S. Senate. Earlier this year, Warren registered a 61 percent approval rating.

Schilling was fired by EPSN earlier this year after posting a viciously anti-trans cartoon to his social media accounts.

While it isn’t unusual for businesses to fail, especially in highly competitive industries such as video game production, the bankruptcy of Schilling’s 38 Studios created a scandal because in going under, the company took $75 million in Rhode Island state taxpayer dollars with it. Schilling started his company — originally named Green Monster Games, after the legendary left-field wall in Boston’s Fenway Park — in Massachusetts, but relocated to Rhode Island after Massachusetts refused to give Schilling the tax breaks he was looking for, and neighboring Rhode Island offered the $75 million loan. Including interest, according to a Boston Magazine report, the bankruptcy left Rhode Island out as much as $110 million.

Schilling had to change the company’s name because he didn’t know that the Red Sox, for whom he played, owned the rights to “Green Monster.”

Previous Roy Moore Files Motion Against Former Colleagues: I Won’t Clean Out My Office And You Can’t Make Me
Next People Magazine: We Have Six Witnesses That Back Up Our Reporter’s Story About Trump’s Attack On Her