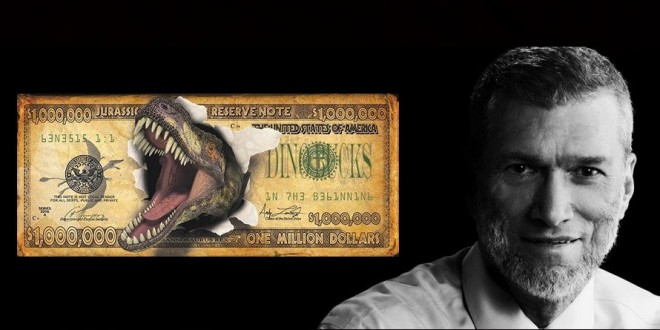 Creationist Ken Ham To Trick-Or-Treaters: “The Penalty For Your Crimes Against God Is Death And Eternal Hell”

Anti-Halloween creationists have some ideas about the holiday that could turn your home into the least popular trick-or-treat stop in the neighborhood. Instead of handing out candy, Answers in Genesis wants you to give trick-or-treaters fake $1 million bills that warn children of the fiery hell that awaits them.

“Have you ever lied, stolen or used God’s name in vain?” reads part of a fake bill with Noah’s Ark on the front. “The penalty for your crimes against God is death and eternal hell.” A bill featuring a picture of a dinosaur is just as pleasant.

“Have you ever lied, stolen, hated or dishonored your parents? Have you looked with lust? God says that’s the same as committing adultery in your heart,” a message on the bill reads as it describes the Ten Commandments. And if you’ve broken any of these rules, you’re doomed: “The penalty of sin is death and eternity in hell.”