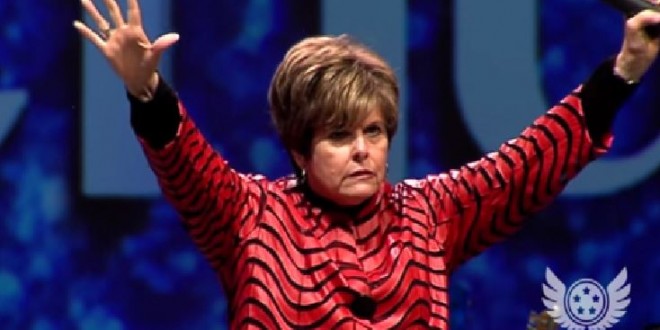 Cindy Jacobs: Christians Must Vote To Stop The US From Polluting Other Countries With Gayness [VIDEO]

“Respected prophet” Cindy Jacobs and her husband Mike preached at a church in Ohio last week that is run by Frank Amedia, who has played an important role in mobilizing Pentecostal and Charismatic Christians to support Donald Trump. In their sermon, the Jacobses urged those in the congregation to be sure to vote in November in order to stop the U.S. from promoting LGBT rights throughout the world.

Cindy was similarly outraged, saying that local Christian leaders in Costa Rica “were all complaining to us about America and what we’re doing, how the ambassadors that were chosen were homosexual couples that were put in and sent into all the schools of their country, even though it was against their laws to have same-sex marriages and they were mad at us because we’re polluting their nations.”

Kyle notes that the US ambassador to Costa Rica is not, in fact, gay. But hey, Costa Rica, Dominican Republic, what’s the difference?