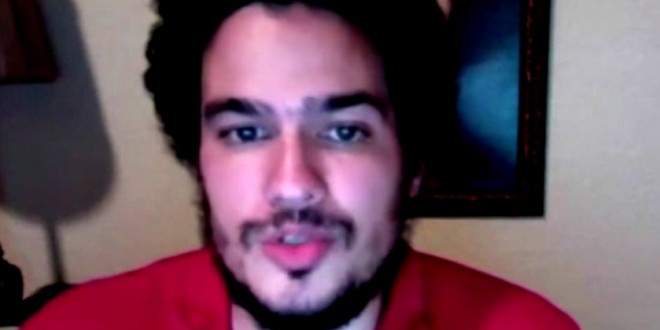 Christian Activist Ted Shoebat: Donald Trump Should Be Executed For Holding Up That “Faggot Flag” [VIDEO]

Once upon a time, extremist anti-LGBT activist Theodore Shoebat had high hopes for a Donald Trump presidency, but that was before the GOP nominee held up an “LGBTs for Trump” rainbow flag at a rally in Colorado last night. In a video posted last night, Shoebat fumed that Trump has been utterly corrupted by gay billionaire Peter Thiel and is now “bowing down to the sodomite agenda,” calling for both of them to be put to death.

“In an ideal society, anyone who supports homosexuality would be put to death,” Shoebat said. “Bastards like Peter Thiel over here would be hung or burned at the stake, and rightfully so. And guys like Donald Trump—I’m sorry, holding up that faggot flag, it’s unforgivable to me, it’s unforgivable—and in an ideal society, people like Mr. Trump would also be put to death as well, and rightfully so.”

Previous Giuliani: Comey Must Know Something Very Serious
Next Homocon Peter Thiel: What Trump Represents Isn’t Crazy And It’s Not Going Away After The Election