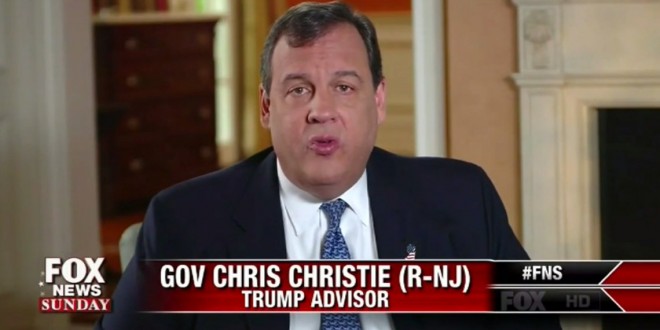 Donald Trump’s allies argued Sunday that a New York Times report revealing that Donald Trump might have avoided paying taxes for 18 years shows the Republican candidate is “genius” and the best person to implement tax reform.

“What it shows is what an absolute mess the federal tax code is and that’s why Donald Trump is the person best positioned to fix it,” New Jersey Governor Chris Christie said on “Fox News Sunday.”

“There’s no one who has shown more genius in their way to maneuver around the tax code and to rightfully use the laws to do that and he’s already promised in his tax plan to change many of these special interest loopholes and get rid of them so you don’t have this kind of situation,” Christie said.

“The early 1990s was a difficult time for lots of folks,” Christie said. “We went into a recession as I know you’ll recall and Donald Trump wrote the book ‘The Art of the Comeback.’ This is a guy when a lot of businesses went out of business in the early 1990s, he fought and clawed back to build another fortune, to create tens of thousands of more jobs, and this is actually a very, very good story for Donald Trump.”