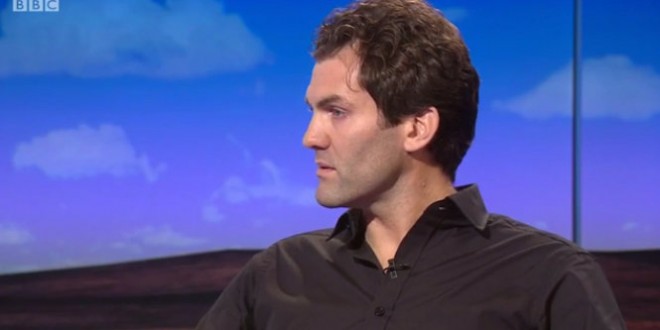 UKIP led the Brexit campaign and is widely characterized as Britain’s version of the Tea Party. The Telegraph reports:

A UKIP leadership candidate has apologised for claiming that a “homosexual donkey” tried to rape his horse in response to a question about whether some gay men prefer sex with animals.

John Rees-Evans said the remark, which he made in 2014, was “playful banter” but admitted it was a “mistake” during an appearance on BBC’s Daily Politics show. Mr Rees-Evans also admitted taking a gun into a Bulgarian branch of IKEA, adding: “I had some things I had to get”.

The former soldier is one of a number of candidates running for the UKIP leadership, including Suzanne Evans, Paul Nuttall and Raheem Kassam. It follows the decision by Diane James to step down weeks after being announced as Nigel Farage’s successor.

Speaking in 2014 the UKIP activist responded to a question about whether some gay men prefer having sex with animals by saying: “Actually, I’ve witnessed that. I’ve got a horse and it was there in the field. And a donkey came up … which was male, and I’m afraid tried to rape my horse.” He added that his horse, a stallion, bit the donkey in defence.

“I concede it was a mistake to be playful with an activist …an error of judgement” @JohnReesEvans tells @Jo_Coburn https://t.co/0F2c02PH15