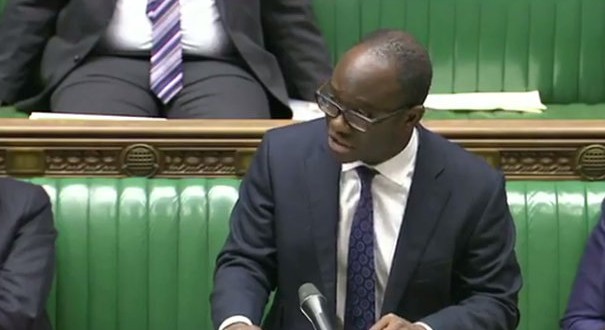 There was widespread anger in the House of Commons as the Government talked out the Turing bill, which would automatically pardon gay men convicted of now abolished sexual offences. MPs shouted ‘shame’ and ‘shameful’ as Justice Minister Sam Gyimah killed off SNP MP John Nicolson’s private members bill.

The Government has announced plans for thousands of gay and bisexual men convicted of crimes which are no longer on the statute books to be posthumously pardoned, but Mr Nicolson’s bill proposed an automatic pardon for the living too.

This was not backed by the Government as it was said to be concerned Mr Nicolson’s bill would pardon those who have committed offences that are still illegal today. But Mr Nicolson and other MPs argued his bill specifically states that if the crime for which one was convicted is still illegal at the time of the bill (ie. today) then there will no pardon.

If the Government’s amendment – to the Police and Crime Bill – is passed then those who are still alive will not be automatically pardoned. Instead they will have to apply, which MPs stated would be “very distressing to victims”.

Labour’s Chris Bryant was close to tears during the House of Commons debate as he urged the Government to go further in pardoning gay men convicted of now abolished sexual offences. The former minister recalled gay and bisexual MPs who “faced down” Adolf Hitler, insisting they and others should receive “something that feels like an apology”.

More from The Mirror:

Sam Gyimah was still speaking today at 2.30pm when the ‘whistle’ went on a backbench MP’s Bill inspired by wartime codebreaker Alan Turing. Under archaic House of Commons rules that means it’s been shelved without letting MPs vote.

The Justice Minister insisted the government was working on separate pardon laws with safeguards to stop people guilty of crimes that still exist today, like paedophiles and rapists, being cleared by accident. Some of the men were caught by police before homosexual acts were legalised in 1967. Others were convicted of underage sex because the gay age of consent was 21 until 1994.

He added: “Yes, we all want a pardon. Yes, we all want to right the wrongs of the past. But we cannot do that without having… safeguards. I believe to do that would be irresponsible on the part of the government.”

VIDEO: The man below has become a minor hero in Britain for declaring that he wants no part of a pardon because pardons mean guilt.