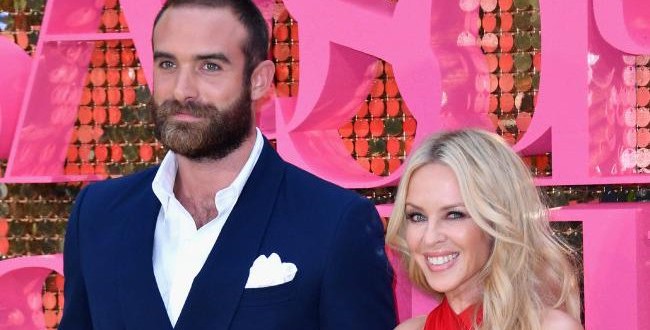 AUSTRALIA: Kylie Minogue And Fiance Joshua Sasse Vow Not To Marry Until Same-Sex Marriage Is Legalized

Singer Kylie Minogue and her British fiance have vowed not to tie the knot until same-sex marriage becomes legal in Australia. The 48-year-old star announced her engagement to actor Joshua Sasse, 28, in February, after the couple met on the set of his TV series Galavant.

But now Sasse has revealed that the pair have decided to put off their nuptials until same-sex couples in Australia have the same rights as they do in Britain. Sasse told Network Seven there would be no wedding for now after the presenters of its Sunrise show asked him whether he and the Australian singer would consider marrying in Melbourne.

“There are chances of a Melbourne wedding but me and Kylie have talked about it and we are not comfortable getting married until this law has passed,” he said.”That is something that we’ve talked about and decided on. “Why should we? Why is it fair? Why are we more important than anyone else? It’s not right and something’s got to be done about it.”