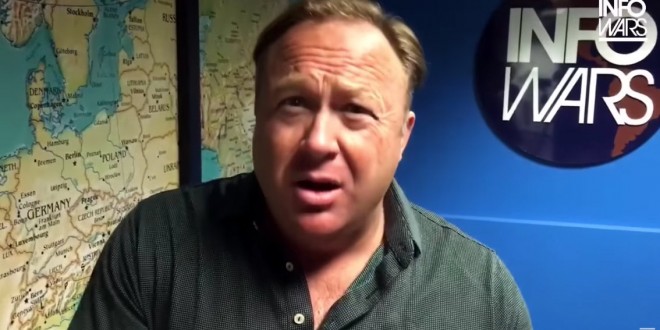 After his Wikileaks live-stream in which he delivered one of his trademark screaming meltdowns, calling Julian Assange “Hillary’s buttplug,” Alex Jones posted the below more somber clip in which he declares that Assange has been promised “some kind of immunity deal” in return for not releasing information damaging to Hillary Clinton’s campaign. Watch and enjoy.