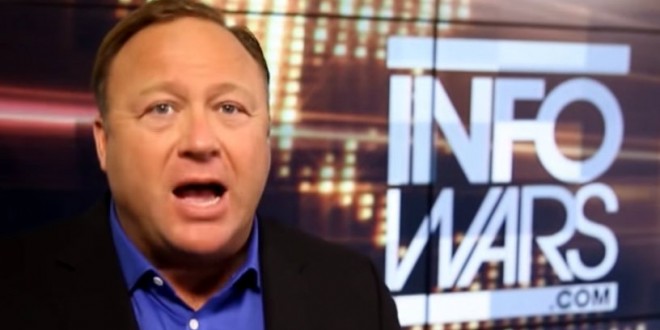 God must love to grab pussies:

“It’s official, Donald J. Trump has won the 2016 election in a massive landslide,” Alex Jones declared this week. Of course, he was only speaking metaphorically, alleging that even if Trump doesn’t get elected—because the election is stolen from him—he will be the real winner because he “promoted nationalism,” “exposed globalism” and birthed new life into the “liberty movement.” “Trump is a godsend,” he said. “An imperfect messenger of God but nevertheless a King David of our time.”