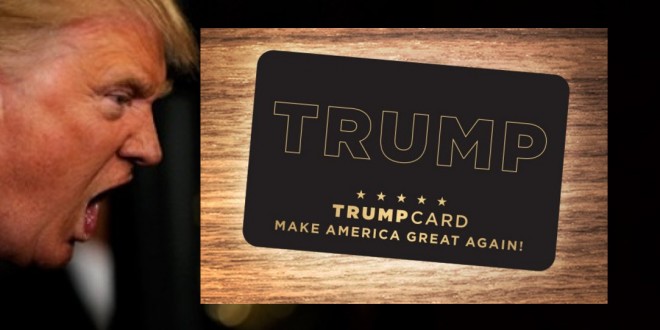 For the high rollers for whom the Trump Gold Card was too pedestrian. Quartz reports:

Facing a tough uphill battle in the last weeks before the election, Donald Trump, newly “unshackled” from his party’s leadership, is offering his voters a fresh way to help him get elected: A “limited edition” Trump Black Card, which does absolutely nothing but remind you that you contributed to his campaign.

For a candidate who loves to hate on elites, this latest fundraising gimmick, promoted in a campaign email to supporters, exudes exclusivity. It’s “non-transferable and “invitation only.” If you contribute a special discounted price of $35, you “activate your Elite Membership.”

The card itself can’t quite make up its mind whether it’s a “Trump card,” which would be a somewhat clever play on words, or a “black card,” connoting a high-end rewards credit card.