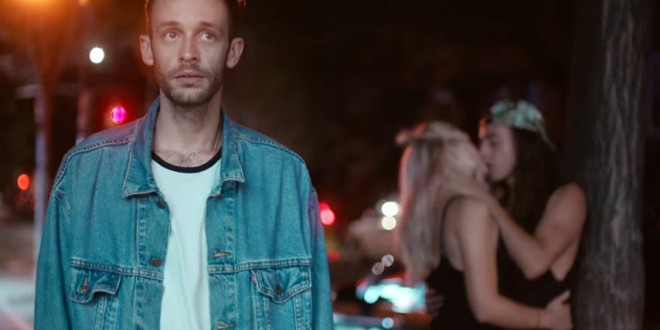 “It’s a very literal story, which is frightening. I wrote it about the first person I fell in love who moved 11 blocks away from me in California. In New York everyone is 11 blocks away. You have a subway, or whatever. But LA is so spread out. I find myself taking the really weird long route to Whole Foods just to kind of be like, ‘Are you there?’ And so it just felt way too close. And I drew the little map, which is now tattooed to my arm. It’s a real song about a real person, two real people, and that’s really weird. The night it came out I called my manager and I was like, ‘I kind of want to call Mr. iTunes and be like, ‘Can you take it down actually? Like I’ve made a big mistake.’ It’s too much. The map. I traced it off Google Maps. It’s so dark.”