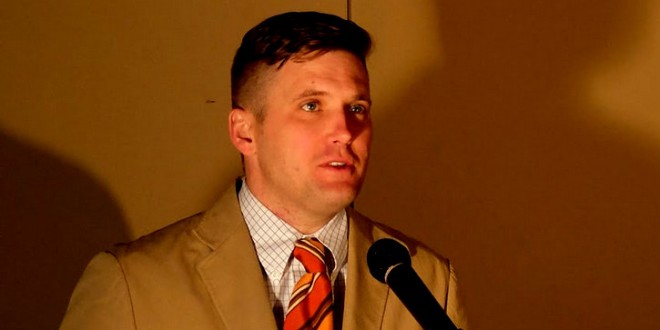 In a BBC report that aired Thursday, a white nationalist leader named Richard Spencer explained that Donald Trump is following in the footsteps of what the white nationalist movement has been doing for years. “Donald Trump came along and I feel like my movement and ideology, we can be a kind of vanguard for a presidential candidate,” Spencer said. “His arrow is pointing in our direction.” Spencer is the president of the National Policy Institute, a white nationalist think tank founded in 2005 and based in Virginia, and “a radical white separatist whose goal is the establishment of a white ethno-state in North America,” according to the Southern Poverty Law Center. He resides in Whitefish, Montana, where the interview took place.