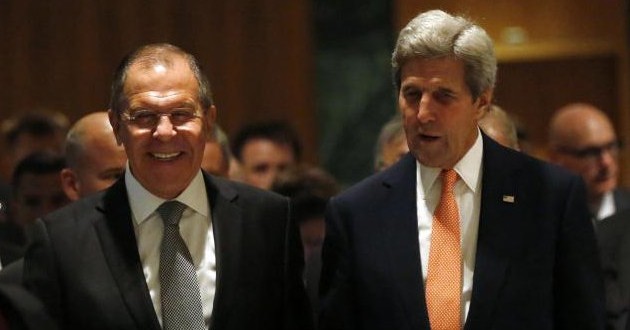 The US and Russia are announcing a plan aimed at ending the Syrian civil war and leading to political transition in the country. The plan calls for a nationwide cessation of hostilities beginning at sundown on 12 September.

US Secretary of State John Kerry said the deal brokered with Russian Foreign Minister Sergei Lavrov could be a “turning point” for the conflict if it is implemented. Mr Kerry added that if there is a sustained period of reduced violence in Syria, the US will work with Russia to develop strikes against the al Nusra front.

The pair spoke at a joint press conference after a lengthy day of negotiations in Geneva. Mr Lavrov added that the agreement would allow efficient co-operation in the struggle against terrorism – with expanded humanitarian access to some of Syria’s worst-affected towns and cities.

He said that the Syrian government were prepared to comply with the peace plan. If the ceasefire holds for seven days, the US and Russia would form a new military partnership designed to target IS and al Qaeda.