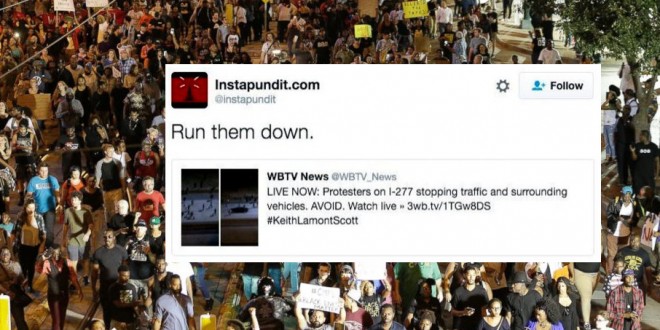 Glenn Reynolds, a conservative USA Today columnist and University of Tennessee law professor known by the moniker Instapundit, was suspended from Twitter on Wednesday for urging drivers to hit protesters blocking a highway in Charlotte, North Carolina.

Reynolds tweeted a link to a live video stream of demonstrators stopping traffic on I-277 during the chaotic second day of protests over the fatal police shooting of Keith Lamont Scott. His comment read “Run them down.”

Why didn’t Twitter suspend Todd Starnes for calling for the exact same thing?