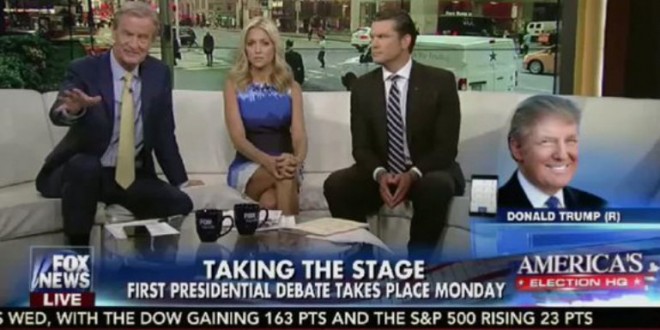 Donald Trump says NBC’s Lester Holt should not correct his or Hillary Clinton’s facts while moderating the first presidential debate. “I think he has to be a moderator,” the Republican nominee said on “Fox & Friends” Thursday.

“I mean, if you’re debating somebody and if she makes a mistake or I make a mistake … we’ll take each other on,” he added. “But I certainly don’t think you want Candy Crowley again.”

Crowley interjected during an October 2012 debate between President Obama and Mitt Romney after Romney said it took Obama two weeks to refer to the Benghazi, Libya, attacks as terrorism. Trump on Thursday ripped Crowley’s handling of the incident, urging Holt not to follow suit.

“She turned out to be wrong,” he said. “I really don’t think you want that. That was a very pivotal moment in that debate. And it really threw the debate off and it was unfair. No, I think you have to have somebody that’s just — let them argue it out.”

Previous Nike Readies Launch Of Self-Lacing Shoes
Next OHIO: Trump Campaign Chair Resigns After Saying There Was No Racism In America Before Obama